Home Sports Are You Passionate? 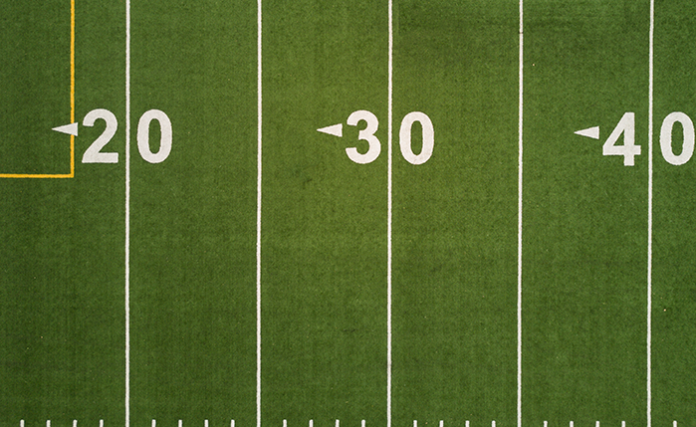 Anyone who knows anything about the National Football League is aware that Pittsburgh Steelers Head Coach Mike Tomlin is passionate.

He is a no-nonsense leader who gets to the point and does not appreciate hypothetical situations or questions.

I witnessed this myself on a recent Sunday afternoon when a reporter posed a scenario to him that did not have anything to do with his team’s dramatic last-second win over AFC rival Cincinnati.

“Does anyone have a question that has to do with what just happened on the field?” he asked with a stern tone.

Mike is a man of conviction, and you know where he stands on an issue if asked. He loves his Steelers and is a man of deep-rooted faith in God.

At 36 years of age, he became the youngest head coach in NFL history to win a title when he led Pittsburgh over Arizona 27-23 in Super Bowl XLIII in 2009.

But Mike has a deeper passion he cannot hide.

His wife, Kiya, was watching a documentary a couple of years ago about teenagers being abducted and trafficked in the sex slave industry.

The couple has three children, and the thought of his daughter being put in such a situation made his blood boil.

He put his money where his convictions are and became involved in Operation Underground Railroad, which fights against this evil and disgusting empire.

The organization is made up of former law enforcement officials, special agents and Navy SEALs, and helps local law enforcement perform stings to rescue children from the dark side.

In the past four years, O.U.R. has rescued 1,588 victims and assisted in the arrests of more than 745 traffickers around the world. Last year, the organization had operations in the United States, Mexico, India, Cambodia and Thailand, among other countries. According to its website, more than half of its operations are in the U.S., where 10,000 children are smuggled into the country illegally every year.

Mike said it’s a calling on his life he cannot ignore.

“It’s shocking how significant this fight is,” Mike told me in the locker room after the game Sunday. “There is no more important fight going on in the world right now.”

Mike is the second person affiliated with professional athletics I have spoken with who works with an organization that tries to eradicate the sex-slave business.

I cannot find a man who would stand against this.
Not one.

Blaine Boyer, a pitcher for the Kansas City Royals, gives of his time and puts his life in danger in the off-season to help. (See my blog about Blaine here.)

Mike does similar things now because he feels the Lord has put it on his heart to do something besides sit back, watch the news, and shake his head.

“I have a daughter,” he said to me. “It’s a fight worth fighting. In these divisive times – and there are a lot of causes out there and many of them divide us – but this is not one of those. I cannot find a man who would stand against this. Not one.”

He feels so strongly that he is now an ambassador for O.U.R and wrote the foreword to the book Slave Stealers: True Accounts of Slave Rescues Then and Now.

He is more than a coach, husband, and father. He’s called. He’s on a mission.

He does what is right and knows what matters to him.

“There are many different causes out there and things that are important to others, and I get that,” he said. “But any man who cannot get behind this – I don’t know.”

Mike and Blaine share some things in common. Both are professionals in their respective sport, but both have a direction from God.

Blaine told me he felt this was his ministry. When I witnessed the passion from Mike, I got a similar vibe.

knew this is not just something he’s doing to help out a charity. He’s involved because his heart tells him to do more.

Do you feel passionate about a cause? It doesn’t have to be rescuing teens from a horrible and real industry. But it can be something. Perhaps you feel you need to help the homeless or visit those who are sick in the hospital. Maybe you want to take a mission trip or comfort those who have suffered a loss. Stop waiting and take action.

There is more to life than football, and Mike knows that. He loves when the Steelers win a close one as they did against the Bengals recently, but he adores the fact he can go home afterward to his wife and children. Somewhere in the United States, a father will walk into his house, and his daughter will not be there. She’s been taken and sold for blood money.

Mike’s fight is real. His conviction is intense, and his passion is authentic.

For God is not unrighteous to forget your work and labour of love, which ye have shewed toward his name, in that ye have ministered to the saints, and do minster. Hebrews 6: 10 KJV

Did God See That Coming?