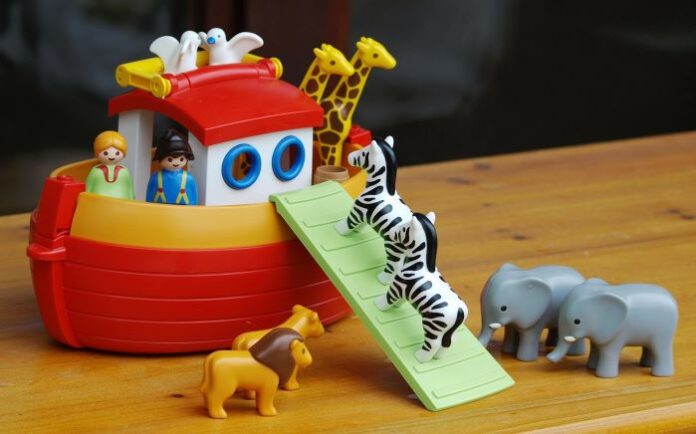 Michael Sommer, a well-known German author and literary scholar, created a video series called “The Bible to go” that will present Biblical books with Playmobil figures. Sommer will tell the entire Bible in 66 videos in over a year, reports Evangelical Focus.

One Biblical book is highly condensed to tell its summary in a 10-minute video. A new video will be posted every Monday on the YouTube channel “Sommers Weltliteratur to go” (World Literature to go) and on Tuesday at the Protestant news portal evangelisch.de.

For my videos on the Biblical books I try to select a composition that is as diverse as possible, for example, in terms of skin color, to represent as many people as possible. —Michael Sommer, Youtuber

Sommer’s project aims “to be an aid for schoolchildren and students to understand it better, but also encourage them to read it more.”

Sommer revealed that each episode uses up to 1,500 Playmobil figures, according to Lutheran World. Some figures are cast to match the character in the Bible, such as the Pharaoh of Egypt, and some are represented in an unconventional way, such as Noah as a lumberjack since he has an ark to build.

“For my videos on the Biblical books I try to select a composition that is as diverse as possible, for example, in terms of skin color, to represent as many people as possible,” Sommer said. He explained that he wanted to veer away from the typical representations of characters in the Bible. “This is also the reason for the possibly strange appearance of God in my videos,” he added.

While a 10-minute video might be too short to tell the story of a Biblical book, Sommer sees it as an opportunity for viewers to engage with the Bible and dive into the details of the book. He said, “If people are irritated by one of the videos, then take the Bible, read the texts themselves and perhaps even talk to someone about them, I am happy. Then the goal is reached.”

“Ten-minute films with Playmobil characters do not replace reading the Bible, but they can certainly bring Bible stories closer to people and encourage them to learn more about them,” said The Lutheran World Federation’s (LWF) Regional Secretary for Europe, Ireneusz Lukas.

The project is supported by the Evangelical Journalism (GEP), the media company of the mainline Protestant Evangelical Church of Germany (EKD).

From Motorcycle Warlord to Serving the Lord of Lords: Big Al...

Are You Ready for Some Football?