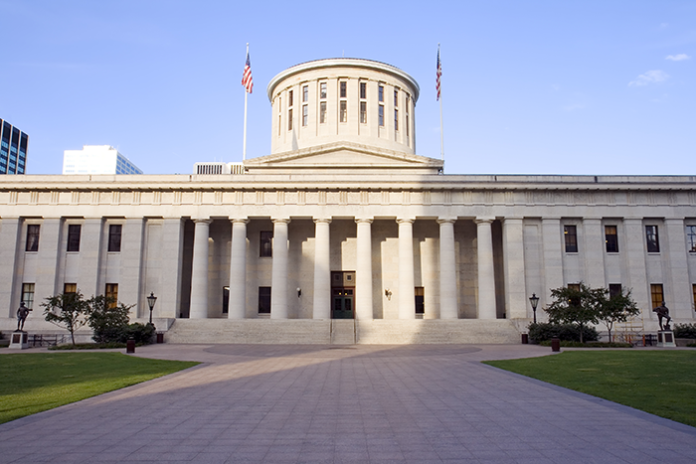 For the past seven years, Ohio Right to Life has been on the front lines helping to educate citizens about pro-life issues as well as working to get pro-life legislation passed.

Currently, 24 of 33 Ohio state senators are pro-life, and two-thirds of the state representatives have the same convictions.

During this time, Ohio lawmakers have approved 21 pro-life laws geared toward protecting the unborn as well as our aging population. The Ohio General Assembly is on the side of the pro-life organization, which was founded in 1967. Currently, 24 of 33 Ohio state senators are pro-life, and two-thirds of the state representatives have the same convictions. In addition, Ohio Gov. John Kasich is also pro-life.

“We have a great governor along with great men and women in both houses who share our philosophy that life is precious,” said Mike Gonidakis, president of Ohio Right to Life (ORTL) in Columbus. “We have bi-partisan support on most issues, and we are able to bring both parties together.”

Gonidakis noted ORTL has been able to successfully implement its “incremental approach” to passing pro-life legislation by making sure people vote for the right person each election.

“When you are able to have great pro-life candidates and educate the men and women of this state on who we endorse – it has wonderful results,” he said. “And the results so far have been substantial.”

But he said the work is far from over.

Although abortions have decreased in the past few years, there were still more than 20,000 performed in 2015. “That’s a big number, but it’s dropping,” Gonidakis said, adding this is the lowest level of abortions performed in Ohio’s history. “And almost half the abortion clinics in the state have been closed too.”

The legislative agenda in Ohio remains active for the pro-life movement. The senate has in committee the Unborn Child Dignity Act, which will make it a law to provide a proper burial or cremation to an aborted baby. Until Attorney General Mike DeWine got involved, Planned Parenthood of Ohio was shipping the bodies of aborted babies to landfills in Kentucky for disposal.

“This bill is huge on our list and should have been passed last year,” Gonidakis said. “We need to get this to the governor’s desk as fast as possible because we can no longer live in a state where aborted babies are tossed into landfills like trash.”

Next on the agenda is the Dismemberment Abortion Ban, which has not been formerly introduced in the senate, but it should be soon.

The dismemberment abortion procedure, also known as dilation and evacuation, is one of the methods used in second-trimester abortions. Banning this procedure is essential to protect and defend the life of an innocent unborn child from one of the cruelest procedures, Gonidakis added.

What happens in the dismemberment abortion?

The woman’s cervix is dilated, and the abortionist uses steel instruments to dismember and extract the baby from the uterus. The head is the most difficult part for the abortionist to remove, so it is crushed to be taken out of the uterus in pieces, according to information from ORTL.

“This is just so inhumane,” Gonidakis said. “The baby’s body is ripped and torn apart and then assembled back together on a steel tray to make sure no parts were left inside the mother. It’s just barbaric and reprehensible.”

The biggest concern floating around the statehouse is whether or not this legislation will stand up if challenged in the court. “We believe the Supreme Court will find this constitutional for the same reason it found the Partial-Birth Abortion Ban constitutional,” Gonidakis said.

Swing-vote Justice Anthony Kennedy upheld the ban on partial-birth abortions based on how deeply troubled he was by the procedure, according to the New York Times.

“We feel confident it will hold if challenged in court because the wording is so similar to Carhart,” Gonidakis added. In Stenberg v. Carhart in 2000, the U.S. Supreme Court wrote, “No one would dispute that, for many, D&E is a procedure itself laden with the power to devalue human life.”

That appears to be the goal of the pro-death movement — to devalue human life. There does not appear to be any respect for human life from the other side. It appears to be about convenience and money. According to Planned Parenthood’s website, the average cost to have an abortion is about $1,500 in the first trimester.

The Ohio Department of Health reported nearly 3,000 dilation and evacuation abortions performed in Ohio in 2015. The ban will take high priority in the Ohio General Assembly. If passed, Ohio will be the eighth state to have signed such a ban into law. “It will pass,” Gonidakis stated.

There are a few more items on ORTL’s political agenda for 2017. These include the Abortion-Inducing Drugs Safety Act, the Downs Syndrome Non-Discrimination Act, the Ohio Parenting and Pregnancy Support Program (budget amendment) and the Abortion Trafficking Prevention Act or House Bill 149. You can read more about these on the organization’s website.

“No state in the nation has seen the gains in laws passed and closures of clinics like Ohio has these past few years,” Gonidakis said. “And it’s all because we have incorporated the incremental approach to elected officials, and we have been seeing success one step at a time.”

How do you think Ohio is doing in its efforts to protect the defenseless? Do you agree with what Ohio lawmakers are doing? Please tell me your opinion.

Who are you becoming?

From Motorcycle Warlord to Serving the Lord of Lords: Big Al...