Home Lifestyle Family On the Hunt for Fitness 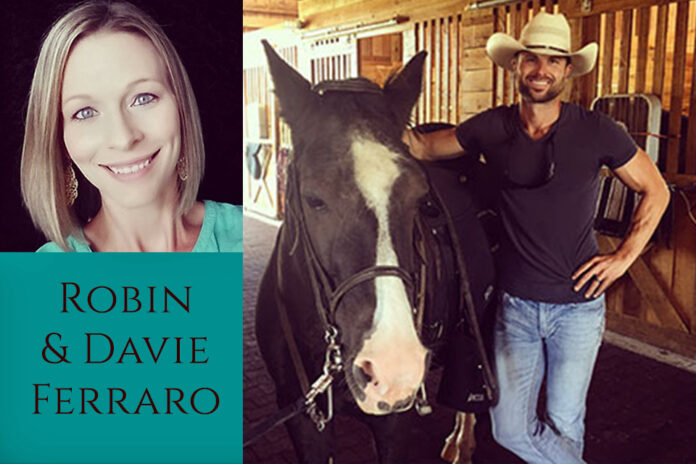 “Our workouts are a form of worship.”

Many Christians have never considered such a bold philosophy, but Davie and Robin Ferraro spread it with enthusiasm on the campus of Asbury Theological Seminary (ATS) in Wilmore, Kentucky. Robin serves as Coordinator of Student Health and Achievement, and Davie “Crockett” Ferraro is both a student and a personal trainer.

The couple’s understanding of workouts as worship has grown as they sought the Lord for wisdom and direction on integrating their spiritual and emotional lives with physical fitness.

High school sweethearts, David and Robin were enrolled in the same nutrition class at the University of Florida. Davie notoriously earned a “D” in the class, because he voiced objections to what he perceived as underlying fallacies to what was being taught as “good” nutrition. He observed that many people following the prescribed nutrition plan might not be overweight, but they were not physically fit. He embarked on a personal quest to develop a physique which was not only lean, but strong.

Experimentation was soon combined with personal study, and Davie found a combination that worked perfectly for him. The transformation in his appearance and strength caught the attention of others, who soon sought his help in adopting his regimen. One of Davie’s first clients was a man in his fifties who had high blood pressure, high cholesterol, and type II diabetes. The man lost 108 pounds, and his life was transformed.

Davie’s regimen is based not on calorie consumption, but on the hormonal response of the body when foods are consumed in different combinations. He recommends one-ingredient foods, grown organically. In the “fat burning phase” of the eating plan, lean proteins are combined with good fats and vegetables to optimize metabolism.

Once or twice a week, Davie advocates a “carb night” in which only carbohydrates are consumed, with no added fats, vegetables, or proteins. This carbohydrate feast is necessary to fuel muscles for workouts. Diet plans that severely restrict carbohydrates, according to Davie and Robin, can put the body into starvation mode. The body uses glycogen for fuel, and if not properly nourished, it will burn muscle rather than fat. 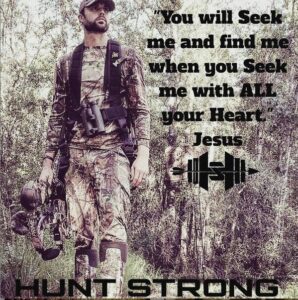 One purpose of the original plan Davie developed was based on his love for the outdoors and his connection with others who hunted. Soon Davie’s two passions connected, and his business, Hunt Strong, was begun. He started blogging, which opened doors to become a crew member of the Backwoods Life television show which airs on the Sportsman’s Channel. He became a personal trainer for professional athletes, and his reputation grew.

Even with his success, Davie felt empty inside. As he sought the Lord, he was directed to Matthew 9:12, in which Jesus said, “It is not the healthy who need a doctor, but the sick.” He changed his focus to overweight, under-trained, average people who faced death and disease because of their physical condition. Many Christians are obese, which, on his website, Davie calls “suicide by fork.”

The couple moved to Wilmore because ATS is one of the few seminaries that emphasizes physical fitness, providing a well-equipped facility and personal trainers to help future pastors and ministry leaders be strong enough for the rigors of ministry. Robin says, “Often times the physicality of ministry gets overlooked. Too many people will suffer from burn-out once they are launched out onto the ministry battlefield. Statistics speak for themselves: 1 in 10 will retire from ministry, the rest will have quit.  I desire to play a small part in helping to reverse these numbers. As soldiers of Christ, enlisted into His army, we need to be fully suited in His armor upon leaving the training camp.”

When expressing the redefined purpose of Hunt Strong, Davie says, “The Holy Spirit is always on the move, glorifying the person of Jesus. To join in His ministry, we [God’s children] must also be on the move. Being caught up in something bigger than ourselves requires us to be physically, emotionally, and spiritually fit. My heart is for an awakening of the church to walk out the Great Commission—going to the ends of the earth, seeking the lost sheep, and bringing them safely into His pasture.” 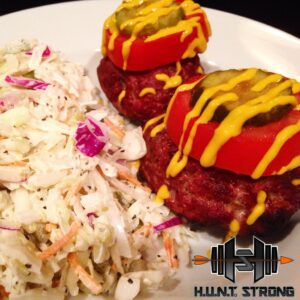 Click the button below for Hunt Strong’s recipe for Beth’s Homemade Cole Slaw, carb-free and delicious for Memorial Day picnics!

10 Ways God is a Faithful Father