Queen Elizabeth II has died peacefully at Balmoral Castle on September 8, 2022 at aged 96.

The Queen was the longest-serving English monarch, having ascended to the throne in 1952. During her reign, she has witnessed an immense social change in the UK— the transition from empire to Commonwealth, the end of the Cold War and the UK’s entry into – and withdrawal from – the European Union, according to BBC.

Elizabeth II was given two titles when she came to the throne: Defender of the Faith and Supreme Governor of the Church of England, and these titles have roots from the 15th century. She embraced the title Defender of the Faith and made it her own as evidenced by how she became open about her own Christian faith in recent years and how she explained it provided the foundation of her life.

She practiced her faith not only as a responsibility attached to the crown, but also as a personal commitment to God. The late Queen led the nation at regular services honoring the war dead, offering thanksgiving for her jubilees, and broadcasting her annual Christmas Day messages. She attended church regularly throughout her life and she led her life and reign according to the Bible.

“For me the teachings of Christ and my own personal accountability before God provide a framework in which I try to lead my life. I, like so many of you, have drawn great comfort in difficult times from Christ’s words and example,” she said in her Christmas message in 2000, the 2,000th anniversary of the birth of Jesus Christ.

A champion of the Church and a much-loved Christian leader, her loss is deeply felt around the world. World leaders, dignitaries and church leaders have been paying tribute to Queen Elizabeth II.

In a statement, the Archbishop of Canterbury, Justin Welby, praised the monarch’s faith. “As a faithful Christian disciple, and also Supreme Governor of the Church of England, she lived out her faith every day of her life. Her trust in God and profound love for God was foundational in how she led her life – hour by hour, day by day.

“In The Late Queen’s life, we saw what it means to receive the gift of life we have been given by God and – through patient, humble, selfless service – share it as a gift to others. Her Late Majesty found great joy and fulfillment in the service of her people and her God, ‘whose service is perfect freedom’ (BCP). For giving her whole life to us, and allowing her life of service to be an instrument of God’s peace among us, we owe her a debt of gratitude beyond measure.”

Meantime, US evangelist Franklin Graham reflected on the late Queen’s friendship with his father Rev. Billy Graham. Both shared a love of the Bible and she has invited him to preach for her on several occasions.

“I am deeply saddened to hear about the death of Her Majesty Queen Elizabeth II. She has been a symbol of stability and steadfastness for the United Kingdom for 70 years, and I’m asking people to join me in praying for the royal family and the people of the UK,” he said in a statement online.

“I will always appreciate her example of leadership and her life of integrity. I’m especially grateful for the Queen’s friendship with my father. He cherished their friendship that was built on a shared love for Jesus Christ and belief in God’s Word.”

Queen Elizabeth and the Bible

The monarch was the patron of the Bible Society from 1952. Its CEO, Paul Williams, said, “We cannot understand the Queen without reference to her Christian faith. There’s a marvelous section in her Coronation service when she was presented with a Bible, described as the ‘Rule for the whole life and government of Christian Princes’ and ‘the most valuable thing that this world affords’. The Queen’s life and testimony make it clear that she took these words very seriously.”

“I think that the Queen’s legacy is her example of what true service and duty looks like. Her whole life has been one of service. I think the Queen will be remembered in line with these words from Proverbs 10:7, ‘The memory of the righteous is a blessing.”‘ 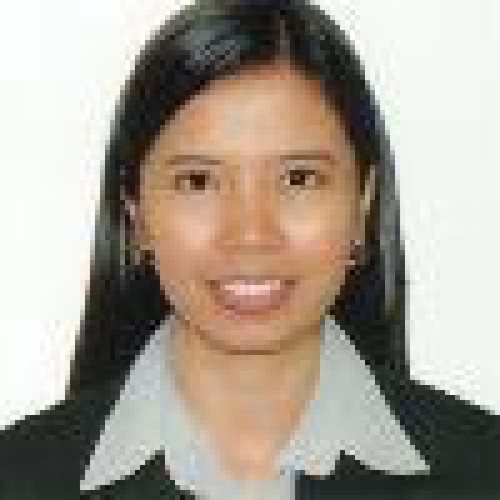 Joyce Dimaculangan
Joyce has more than 15 years experience writing news, industry articles and blogs for the private and public sectors. Most of her career was spent writing technical documentation for a software company in the Philippines. She earned a B.A. in Communication Arts with a concentration in writing from the University of the Philippines, Los Baños. During her leisure time, Joyce pursues her interest reading fiction and playing with her dogs. She can be contacted at [email protected]

Online Afghan ministries report an increase in the number of Christians within Afghanistan who access virtual Bible study.

Passages celebrated a milestone of bringing a total of 10,000 Christian students to Israel within seven years.

Week of Prayer 2023 in Europe Focuses on Joy

European evangelical churches are invited to a special weeklong time of prayer from January 8-15, 2023.

A former NASA astronaut believes that the study of science and nature is in accordance to with what's written in the Bible.

Fr. Mike Schmitz believes that reports of Christianity is in a decline in America could be "good news" for the church.

A priest from Michigan claims he died and went to hell in 2016, saying he wouldn't wish it on his worst enemy.

A former NASA astronaut believes that the study of science and nature is in accordance to with what's written in the Bible.

Fr. Mike Schmitz believes that reports of Christianity is in a decline in America could be "good news" for the church.

A priest from Michigan claims he died and went to hell in 2016, saying he wouldn't wish it on his worst enemy.

UK Govt Urged to Prioritize the Protection of Christians