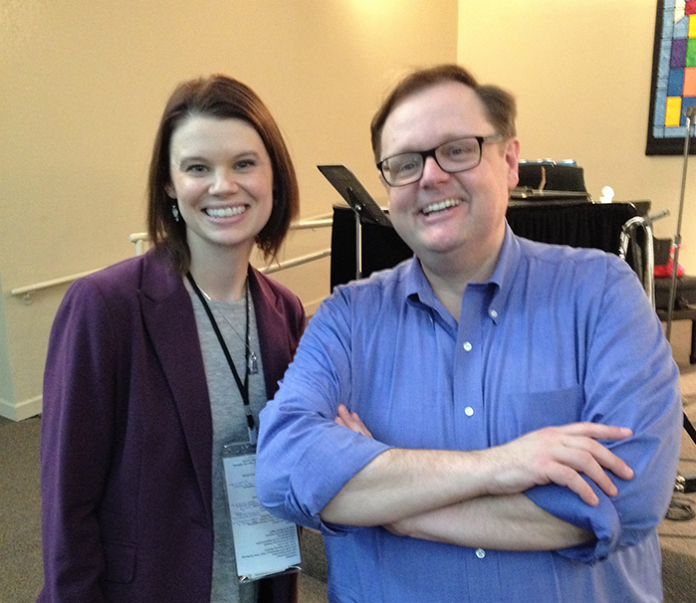 Have you ever had a moment when you knew, with utter clarity, that God was speaking to you?

I had one of those moments in January 2015. I had just finished reading an encouraging email from a Christian blog when I heard God say these words: “I’m going to send you somewhere…and you’re going to go.”

I was so excited! Although I had often dreamed of doing missions work, God had never sent me anywhere before. Figuring He would reveal the details over time, I replied simply, “Okay, Lord. Just let me know where.”

As someone who has now attended three conferences and will be attending two more this year, I can tell you that there’s nothing more beneficial to a writer than going to a conference.

Then I flipped over to Facebook and saw the latest post from Todd Starnes, a writer and journalist with FoxNews. In his feed, he announced that he would be the keynote speaker at the Florida Christian Writers Conference (FCWC) the following month. “I hope to see you there,” he wrote.

So this was where God was sending me! I showed the post to my husband and said, “I think I need to go to this writers conference.” Being the super-supportive guy that he is, he said, “Okay. What’s a writers conference?”

I had no idea what I was getting into. After weeks of research and preparation, I still felt totally unprepared that week. The good news is that it didn’t matter; I was in the right place at the right time. God used that conference, and the ones to follow, to open doors I had never imagined for myself.

The sad truth is that I would have missed out on all of it if God had not spoken directly to me. Without such clear conviction, I would have drummed up a hundred reasons not to go to that conference, most of which would have centered around my inexperience and fear of failure.

If you’re a writer, you may be mulling over reasons to skip that writers conference. Perhaps you could use the money for something else, or you think you’re doing fine on your own. Or maybe you’re justifying your fear by saying that you need more time to work on your writing project, or you’ll be more prepared next year.

As someone who has now attended three conferences and will be attending two more this year, I can tell you that there’s nothing more beneficial to a writer than going to a conference. To help you understand the benefits, I’ve pulled together this list of four surprising things you can expect to find at a Christian writers conference.

I have a background in business, so I assumed the conferees would act like businessmen and treat each other as competition. Instead, everyone—every single person I met—was excited to share their book ideas, freely dispensed words of experience and advice, and genuinely wanted to help me succeed.

I’ve learned that this camaraderie is a hallmark of the Christian writing world. Since we are Christians first and writers second, we believe we have a responsibility to bless other writers as well as our audience. This community readily accepted me—a wanna-be-writer with no blog or platform—and has supported me in many ways over the years.

If your mom likes your writing, that’s nice. If an award-winning author likes your writing, it’s awesome! I had the opportunity to share my ideas with people who knew the industry, the trade, and the genre I was writing in, and I was immensely grateful for their feedback. Even constructive criticism was music to my ears because it helped me grow as a writer.

Education is a key component of any Christian writers conference. There are usually multiple classes going on at the same time, so you can learn more about the topics that are important to you. Whether you want to dig into the craft of writing, the publishing process, or social media, there are plenty of classes to choose from.

By the end of the week, you’ll feel like you’ve been drinking from a fire hose! The good thing is that you can reference your notes and resources throughout the year.

You may have already figured out that randomly mailing your manuscript to publishing houses probably won’t get you published. Statistically, you’re just one in hundreds of thousands of writers vying for the publisher’s attention. But at writers conferences, the editors and agents come to you!

While every conference has a different process, you can usually schedule time to meet one-on-one with editors and agents so you can pitch your book ideas. You can also sit with them during lunch and dinner, which is a great way to connect on a personal level. No other venue can give you this kind of face time with the very people you need to get published.

Maybe God hasn’t told you specifically to attend a writers conference, but has He been urging you to write? Have you felt led to document your story, write a devotional, or start a Bible study? Don’t try to write on your own! Seek the community, encouragement, education, and opportunities that only a Christian writers conference can provide.

Here are three exciting options for you to consider:

This year, I plan to attend FCWC, BRMCWC, and the Tallahassee Tour Stop. To quote Todd Starnes, “I hope to see you there.”