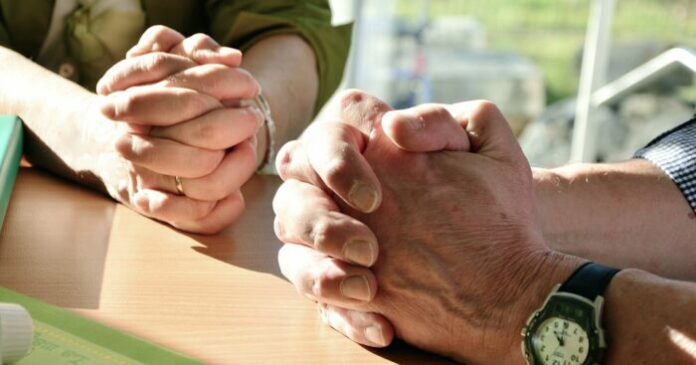 The UK government announced a new set of Coronavirus restrictions that limits social gatherings to a maximum of six people. Churches, authorities clarified, are exempted from the latest guidelines.

The new ‘rule of six,’ as people call it, penalizes “any social gatherings of more than six people in England, Scotland and Wales.” The announcement caused confusion, especially to people of faith since according to Galvin Calver, Secretary General of the United Kingdom Evangelical Alliance (EAUK), “there’s no mention of faith group meetings.

We want to make Jesus known, so we will keep fighting to do lots to help rebuild this nation, but we also do need the freedom to be able to worship together. —Galvin Calver, Secretary General of the United Kingdom Evangelical Alliance (EAUK)

When the ‘rule of six’ came into effect on September 14, the government explained that “venues following Covid- 19 secure guidelines, such as places of worship, can still hold more than six people in total. But within those venues, there must not be individual groups larger than six.”

EAUK welcomed the government’s clarification, reports Evangelical Focus. Calver said the Church can do more in helping society cope up with the pandemic where people were forced to stay in quarantine for several months. “In offering that, it isn’t going to just do social benefit without proclaiming the gospel, we want to make Jesus known, so we will keep fighting to do lots to help rebuild this nation, but we also do need the freedom to be able to worship together.”

Danny Webster, Media Relations director of the EAUK, stressed the importance of risk assessment, social distancing and hygiene measures in churches that would accept more believers during in-worship services. “Government advice is to limit your interaction to the group you are attending with. Within these groups, while interaction may take place, social distancing between different households should be maintained,” he said.

Webster advised churches to keep a record of Christians attending services to help the health ministry’s track and trace system.

Meanwhile, the Archbishop of Canterbury criticized the government’s Coronavirus restrictions saying the government should instead challenge its “addiction” to centralization, reports The Independent.

The Rev Justin Welby expressed concern about the impact of the ‘rule of six’ on the UK’s most vulnerable population. A church source disclosed that, “He is concerned about families being kept apart and the knock-on effect that has, particularly on people who are on their own.”

Welby said local institutions such as churches, schools and voluntary agencies are adept in handling crisis on the ground. “The new normal of living with Covid-19 will only be sustainable – or even endurable – if we challenge our addiction to centralization and go back to an age-old principle: only do centrally what must be done centrally.”

Rights Groups Alarmed Over Arrest of Christians in Nepal