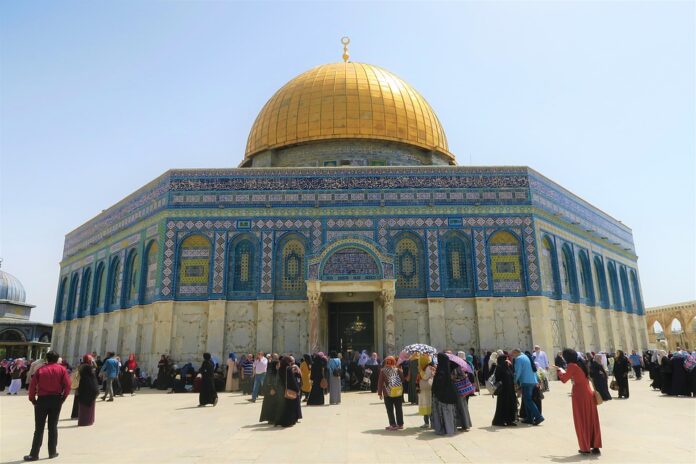 A bipartisan group of congresspeople sent a letter to US Secretary of State Anthony Blinken on April 29 to raise concerns over the rise in attacks against Christians in Jerusalem.

The letter called on Blinken to ensure the safety not only of Christians, but Jews and Muslims as well. They asked the secretary to work with his Israeli counterparts to protect the rights of these religious communities to live and express their faith freely, reports The Jerusalem Post.

We ask the State Department to work with the Israeli government to uphold its stated commitment to the freedom of religion and worship for all religions.

Leaders of Christian churches in Jerusalem have warned about the mounting tension between religious minorities and radical groups in the city. The Israeli government maintained that they are committed to protecting the rights of all religious groups in the country, but the increase in attacks against communities tells another story.

In December 2021, heads of local churches in Jerusalem issued a statement accusing radical groups of targeting Christian communities. They claimed there have been countless incidents of verbal and physical assaults against priests and church leaders, desecration of holy sites and intimidation of local Christians.

While they acknowledge the government’s commitment in safeguarding Christians, they urge the government to face the challenges brought by the unprovoked attacks. They ask for a dialogue on the creation of a special Christian cultural and heritage zone to ensure the preservation and protection of religious sites in Old City Jerusalem.

The letter to Blinken mentioned a few of the atrocities endured by Christians in Jerusalem. In December 2020, the Church of All Nations on the Mount of Olives was set on fire. After a month, the Monastery of the Romanian Church was vandalized. Even church leaders were not spared from the attacks.

“We ask the State Department to work with the Israeli government to uphold its stated commitment to the freedom of religion and worship for all religions and to hold accountable the radical groups who are engaging in sustained attacks against Christian clergy and destruction of church properties.”

The congresspeople cautioned that a decline in the Christian presence in Jerusalem would endanger humanitarian efforts in Israel. They warned that if the radical groups were successful in driving out the Christian community, the marginalized population would also be affected.

Currently, there are several ministry programs that help people regardless of faith in Israel, Palestinian territories and Jordan. The medical, educational and humanitarian efforts serving disadvantaged groups would stop its operation should Christians be forced to leave. Also, Christian tourism to the Holy Land generates $3 billion, a hefty contribution to Israel’s economy.

They quoted His Beatitude Theophilos III, the Greek Orthodox Patriarch of Jerusalem, who said, “By working to exclude one community, the Christians, these radicals pose an existential threat not only to the Christian family, but to Jerusalem itself, a point upheld by so many of our Jewish cohabitants of the Holy Land.”

The letter welcomes the State Department’s efforts in advancing international religious freedom. The congresspeople hopes Blinken will work with Israel to continue the protection of Christians, Muslims and Jews.

Lifeway to Sell HQ and Shift to New Work Environment