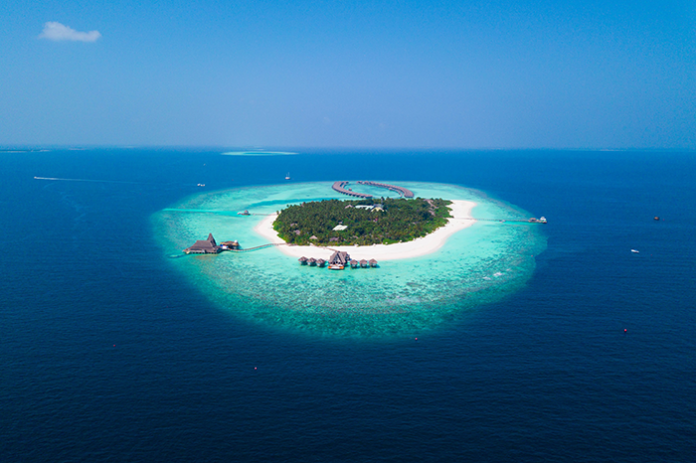 As news cycles go, the death of young adventurer-missionary John Allen Chau is old news but it keeps coming to mind. The story broke mid-November when Sentinelese warriors killed Chau on North Sentinel Island in the Andaman Sea, 700 miles off India’s mainland.

This isolated tribe has historically demonstrated violence towards outsiders, yet Chau hired local fishermen to take him near the island under the cover of darkness, avoiding Navy patrols guarding restricted waters, then used his own kayak to reach shore.

He brought gifts but was met with hostility. As Chau handed over gifts, one young boy shot an arrow that landed in the Bible he was holding. He stumbled back to his kayak and paddled away. ((https://www.nytimes.com/2018/11/23/world/asia/andaman-missionary-john-chau.html).

Chau paddled back and forth between the fishing boat and the island for two days before spending the night on the island. The next day, November 16, fishermen saw the islanders dragging Chau’s body along the beach.

Why undertake these daring attempts? He wrote his parents, “You guys might think I’m crazy in all this, but I think it’s worth it to declare Jesus to these people.”

Some bloggers and media members blasted Chau’s attempts to reach the Sentinelese.

For example, Tunku Varadarajan’s column in The Wall Street Journal: “. . . go easy on the romance and his messy, martyred end. He broke Indian law by entering the country on a tourist visa while pursuing an evangelical mission. Chau’s application would have been refused if it so much as mentioned the words “North Sentinel Island” . . .

But Chau couldn’t. And he didn’t. Why? He was convicted these isolated people needed to hear about Jesus.

My, how our society has changed. In 1956, when Jim Elliot and his missionary companions were killed by Acua Indians they attempted to befriend in order to share Jesus, LIFE magazine published a ten-page spread on Elliot’s mission and death in Ecuador. Today, evangelistic believers are criticized for arrogantly attempting to impose their views on others. Then, Jim Elliot was a martyr. Today, John Allen Chau was a fool.

Thomas Kidd wrote, “Leave North Sentinel Island Alone makes perfect sense if what you believe about God has nothing to do with your eternal fate. If there is no afterlife . . . then what Chau was doing was the height of foolishness.”
(https://www.thegospelcoalition.org/blogs/evangelical-history/incomprehensible-evangelicals-death-john-allen-chau).

However, what if we do believe that there is an afterlife and God gives us a way to live with Him forever? Are we so determined to bring people with us to heaven that we come across as “fools for Christ” (see I Corinthians 4:10, NLT)?

Unfortunately, our less-tolerant society doesn’t understand our divine mandate and has little regard for the Bible as God’s Word, but what about believers?
Researchers document many Americans hold a positive view of the Bible but don’t take time to read it. Despite owning an abundance of Bibles, only 22 percent of Americans read their Bible daily.
(https://lifewayresearch.com/2017/04/25/lifeway-research-americans-are-fond-of-the-bible-dont-actually-read-it).

Not reading scripture leads to not knowing scripture. Several years ago, a U.S. Congressman was interviewed on “The Colbert Report” and made headlines when he could only name four of the Ten Commandments. Ironically, he was co-sponsoring a bill requiring the Ten Commandments be displayed in the Senate and the House of Representatives (https://www.ledger-enquirer.com/news/local/article29130808.html). He’s not alone.

We make the Great Commission the Great Omission when we refuse to share the Good News.

Believers agree Jesus issued a divine mandate known as the Great Commission to take the Gospel to the ends of the earth (Matthew 28:18-20). Yet studies show that 95 percent of Christians have never led another person to faith in Christ (Laurie, Greg, Tell Someone: You Can Share the Good News, 10).

We make the Great Commission the Great Omission when we refuse to share the Good News.

Do we really believe people are lost apart from a personal relationship with Jesus Christ? When we fail to share our faith, then we behave like what David Platt called “functional universalists.”

Preaching at the “Every Church, Every Nations Summit,” former International Missions Board president Platt stated, “I think many people in the churches we’re part of aren’t zealous about mission because they don’t really believe that people right now are under the wrath of God and will spend eternity under his wrath if we don’t get the Gospel to them. They live like we believe that 2.8 billion lost people will eventually end up in heaven . . .” (October 1, 2018, “Every Church, Every Nation Summit,” Woodstock, Georgia).

Apparently, John Allen Chau understood the Sentinelese’s spiritual condition and took Jesus’ command to heart. And his valiant effort cost him his life.

(Dr. David L. Chancey is pastor, McDonough Road Baptist Church, 352 McDonough Road, Fayetteville, Georgia. The church family invites you to join them for Bible study at 9:45 a.m. and worship at 10:55 a.m. Visit them online at www.mcdonoughroad.org.).

Patrick and the History of St. Patrick’s Day